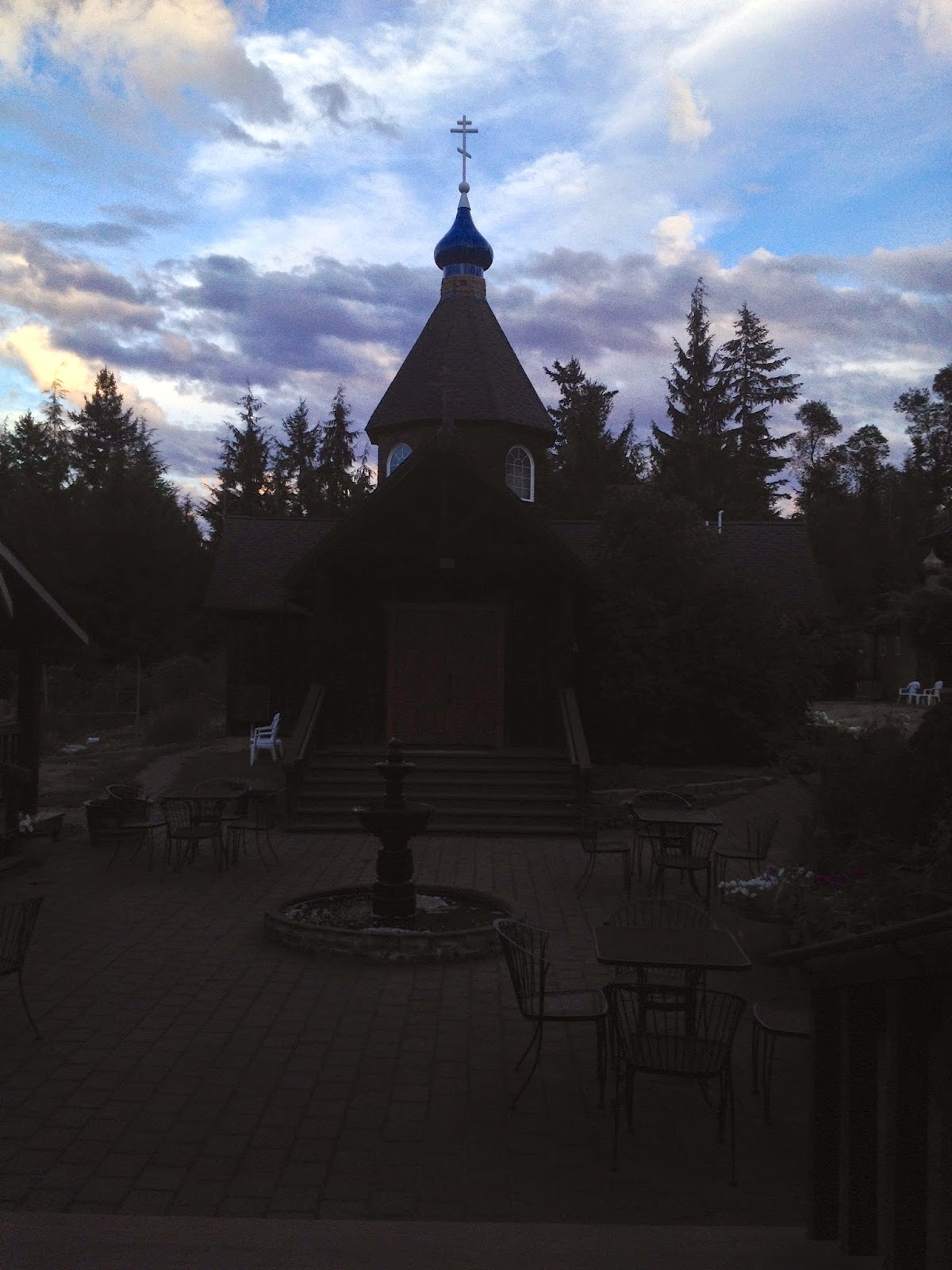 What about people who are not Orthodox?

It is always a pity when people who claim to be Orthodox make judgements against fellow Christians. In the tradition of Orthodoxy, wherever we find beauty and truth, it is of God, and it is our calling, as Orthodox Christians, to rejoice when we see others have at least some portion of the Truth. Slamming others for what they do not have, does nothing to further their journey into Orthodoxy, and in fact may delay or sideline their journey towards the fullness of Truth.

There is the wonderful true story of Saint Silouan the Athonite who was traveling by train with an archimandrite, a zealot who was quick to correct others about the True Faith. Coming upon a group of traveling Roman Catholics, Saint Silouan's traveling companion proceeded to tell them that they must become Orthodox because their faith was without grace. The saint asked him if it were indeed a fact that the Roman Catholics believed that Christ was true God, and that He was present in the Eucharist. The saint asked was it not true that these Catholics believed in the Trinity, and venerated the Holy Virgin and the relics of the saints. The archimandrite answered yes to all the questions. Saint Silouan responded that of all humility's faiths we must know that we have perhaps more, but not to judge those who are not Orthodox. We must rejoice in the knowledge of what they do have. The saint told him that we should not be filled with such pride as to think we have the right to judge, correct or teach others.

This does not mean that we see the Church as divided, or that the Orthodox Church is anything less than the Church Christ founded. What it does mean is that we do not allow ourselves to think we have the right to correct or teach anyone. We must honor other peoples beliefs and not give in to the prideful stand that we have the right to teach or correct them. The truth that is found within Orthodoxy must be shared by living our faith in love, not in judging or correcting others. Truth, where ever it is found, is Orthodox Truth. If other religions embrace some of these truths that are Orthodox, we must rejoice and give thanks for what they do have.

People who love God and are trying to live holy lives pleasing to Him, according to the knowledge they have been given, are to be respected. They may not have the fullness of Apostolic Truth, but if they are believers in God and are trying to live a life pleasing to God, we must give thanks to Christ for what they do have. They have God as their Father, just as do we. They can have the Church as their Mother only if they see in us the difference Orthodoxy has made in our lives. Being arrogant in our evangelism does nothing to express the truth of Orthodoxy, and makes us no different than the pushy salesman at the door.

That arrogant archimandrite would better have shared the beauty of Orthodoxy had he embraced those Roman Catholics as fellow disciples of Christ.  Then they would have seen Christ in him and known that Orthodoxy was indeed a faith centered in Christ. They would have known the truth of Orthodoxy by seeing in him, the love of Christ.

All this having been said, it is important that we remember Our Lord Himself has charged us to speak the truth. We must never fail to share the truth of our Orthodox faith for fear we might offend someone, for by "Speaking the truth in love, let us grow up in all aspects into Him who is the head (of the Church), even Christ (Ephesians 4:15)."


"Blogs and social networks give us new opportunities for the Christian mission...Not to be present there means to display our helplessness and lack of care for the salvation of our brothers (His Holiness Patriarch Kirill of Moscow and All Russia)."

The Scripture Readings for the Day

11 And I, brethren, if I still preach circumcision, why do I still suffer persecution? Then the offense of the cross has ceased. 12 I could wish that those who trouble you would even cut themselves off!
13 For you, brethren, have been called to liberty; only do not use liberty as an opportunity for the flesh, but through love serve one another. 14 For all the law is fulfilled in one word, even in this: “You shall love your neighbor as yourself.” 15 But if you bite and devour one another, beware lest you be consumed by one another!

Walking in the Spirit

16 I say then: Walk in the Spirit, and you shall not fulfill the lust of the flesh. 17 For the flesh lusts against the Spirit, and the Spirit against the flesh; and these are contrary to one another, so that you do not do the things that you wish. 18 But if you are led by the Spirit, you are not under the law.
19 Now the works of the flesh are evident, which are: adultery, fornication, uncleanness, lewdness, 20 idolatry, sorcery, hatred, contentions, jealousies, outbursts of wrath, selfish ambitions, dissensions, heresies, 21 envy, murders, drunkenness, revelries, and the like; of which I tell you beforehand, just as I also told you in time past, that those who practice such things will not inherit the kingdom of God.

5 Then the Pharisees and scribes asked Him, “Why do Your disciples not walk according to the tradition of the elders, but eat bread with unwashed hands?”
6 He answered and said to them, “Well did Isaiah prophesy of you hypocrites, as it is written:

‘This people honors Me with their lips,
But their heart is far from Me.
7 And in vain they worship Me,
Teaching as doctrines the commandments of men.’
8 For laying aside the commandment of God, you hold the tradition of men —the washing of pitchers and cups, and many other such things you do.”
9 He said to them, “All too well you reject the commandment of God, that you may keep your tradition. 10 For Moses said, ‘Honor your father and your mother’; and, ‘He who curses father or mother, let him be put to death.’ 11 But you say, ‘If a man says to his father or mother, “Whatever profit you might have received from me is Corban”—’ (that is, a gift to God), 12 then you no longer let him do anything for his father or his mother, 13 making the word of God of no effect through your tradition which you have handed down. And many such things you do.”
14 When He had called all the multitude to Himself, He said to them, “Hear Me, everyone, and understand: 15 There is nothing that enters a man from outside which can defile him; but the things which come out of him, those are the things that defile a man. 16 If anyone has ears to hear, let him hear!”

I invite my readers to listen to my
Ancient Faith Radio podcasts:
http://ancientfaith.com/podcasts/morningoffering

We depend on the generosity of our friends and benefactors. You can donate to the monastery through PayPal, or by sending donations directly to the monastery's mailing address.